The Patrimoine (artistic and cultural heritage) of France: The Food and Drink of Marseille 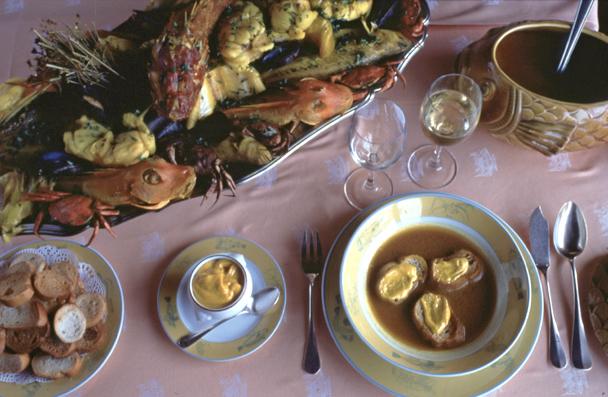 Marseille is famous for its fish stew, which is called bouillabaisse.   A Marseille bouillabaisse must include at least four of the following types of fish:  rascasse (rockfish or scorpion fish), araignee (weever or spider crab), galinette/rouget grondin (red mullet), fielas/congre (conger eel) and chapon/scorpene (red scorpion fish).   Potatoes, onions, and spices are added to the stew.

Traditionally,the bouillabaisse is served in two course.  The first course includes the fish broth, served with garlic bread, and a mayonnaise.  The second course, is the fish itself.   It is served with white wine. The following link provides recommendation on where to find true Marseille bouillabaisse; http://www.marvellous-provence.com/gastronomy/food/bouillabaisse-of-marseille. 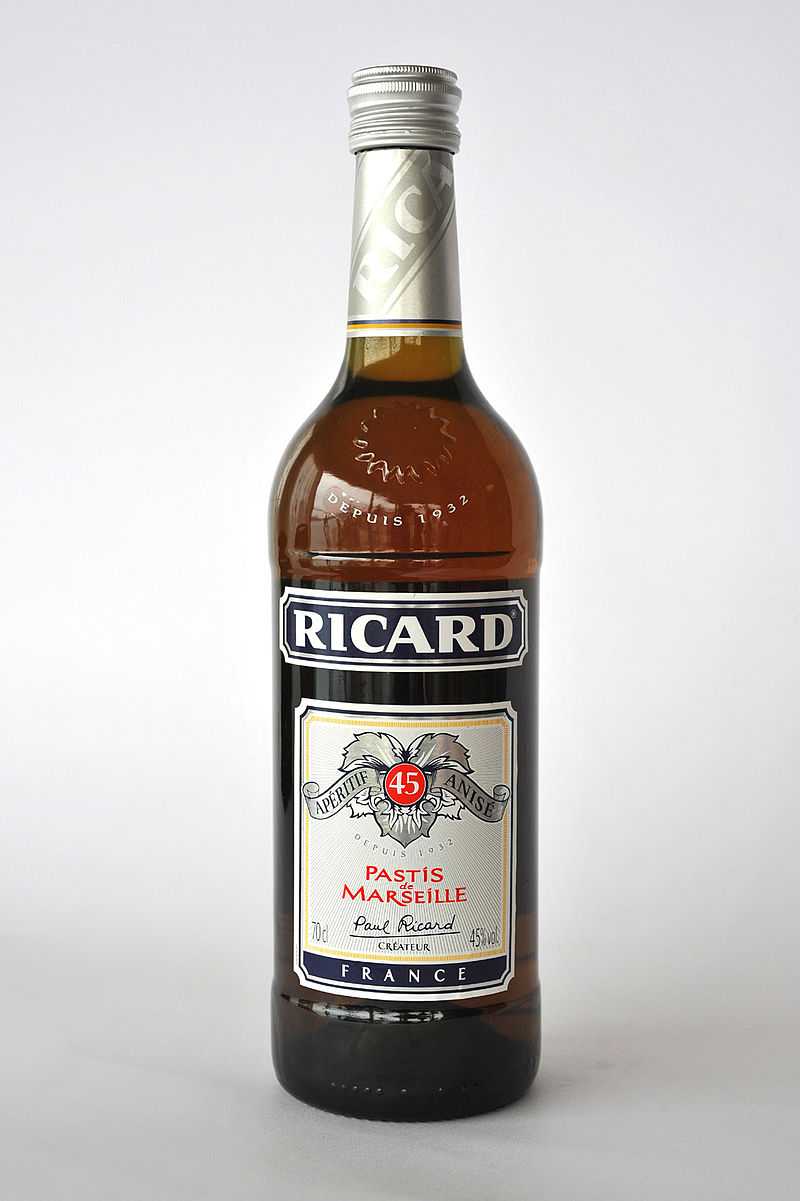 In 1932, Paul Ricard, introduced Pastis, an anise-flavored liquor, which soon became a favorite drink in France, and in particular in Marseille.   Pastis was invented as a substitute for absinthe, which was banned from sale 17 years earlier, due to  its supposed hallucinogenic effects caused by one of its ingredients, wormwood.   Actually, absinthe does not cause hallucinations, but in order to achieve its clear green color, it is over-proofed, (60% alcohol), and as result of this high alcohol content, could have many adverse affects on an "imprudent" drinker.

Pastis, at 40-45% alcohol by volume, is also a strong drink, and is usually consumed, mixed with water.   The frequent stereo-type of a Pastis drinker, is an older French man drinking Pastis while playing Petanque.

The name "pastis" comes from Occitan which means mash-up.

Navettes are an orange-blossomed flavored cookie that is unique to Marseille.   Although sold year round, there is a tradition to buy them on Candlemas day, (February 2).   The Four de Navette is a bakery, that is famous is these "bisquets".  Follow the link to their site to read more about their bakery, and the traditions associated with navettes.

Panisses are a hot snack food, made from chickpea flour.  It is recommended to eat these with a glass of Rose, when you are in Marseille.